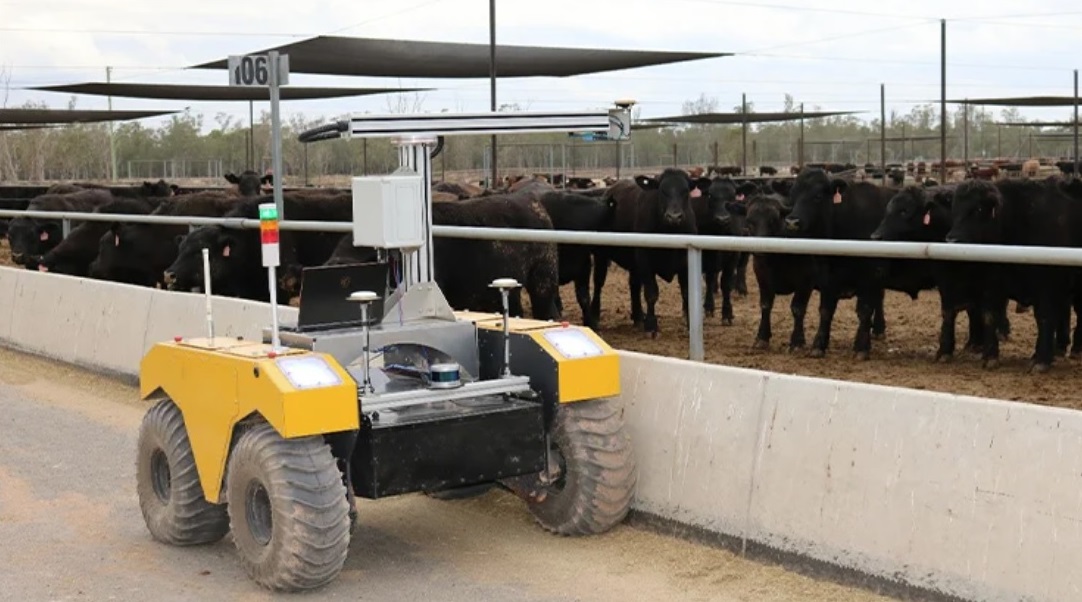 MLA has launched demonstration days for lot feeders to view the BunkBot Technology. The BunkBot is an autonomous robot that manoeuvres a Bunk Scanner around a feedlot, providing feed remaining estimates that have been proven to be more accurate and precise than humans. This technology is developed by Manabotix and has undergone testing and adoption as part of a project funded by MLA in consultation with ALFA.

This technology has been adopted by Mort & Co’s Pinegrove Feedlot (Millmerran QLD), following seeing the bunk calling benefits and efficiencies in the onsite trail.

Following the technology’s uptake, Pinegrove has reported benefits including increased data capture, feed utilisation and knowledge of feed intake. It has also freed up highly skilled employees who were carrying out bunk calls, enabling them to utilise their expertise and time elsewhere on the feedlot.

Pinegrove Feedlot will host monthly demonstrations on the third Wednesday of each month from 10am -1pm. Lot feeders are invited to see the technology in a commercial environment, hear how it integrates with the feedlot’s current recording systems and ask questions.

Providing you with the training, education and career pathways to unlock the gate to your lot feeding career.

Proudly supported by ALFA and MLA.